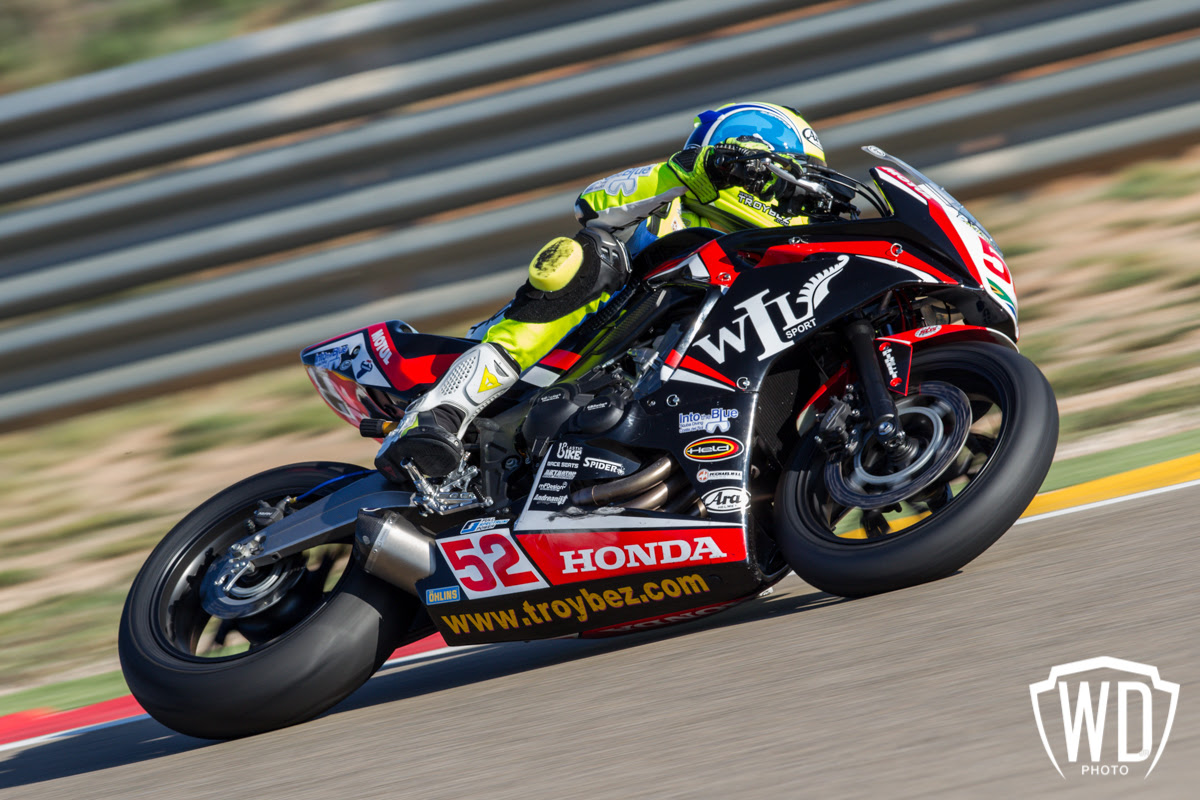 Starting from 10th on the packed grid, the 15 year old made an excellent start passing several people on the opening lap before battling hard for the entire race, eventually grabbing 8th at the flag after an enthralling on track fight with Hungarian Richard Bodis.

The weekend started well for Bezuidenhout, the number 52 rider posting the fastest time for most of the opening Free Practice session before clinching a row four starting slot in the sole qualifying session on Saturday.
What makes the result even more satisfying is that the gap to the podium group is now significantly smaller than it was in 2015 and with only a short time until round two the Into The Blue Diving Costa Del Sol entered rider is full of confidence and raring to get back on track. 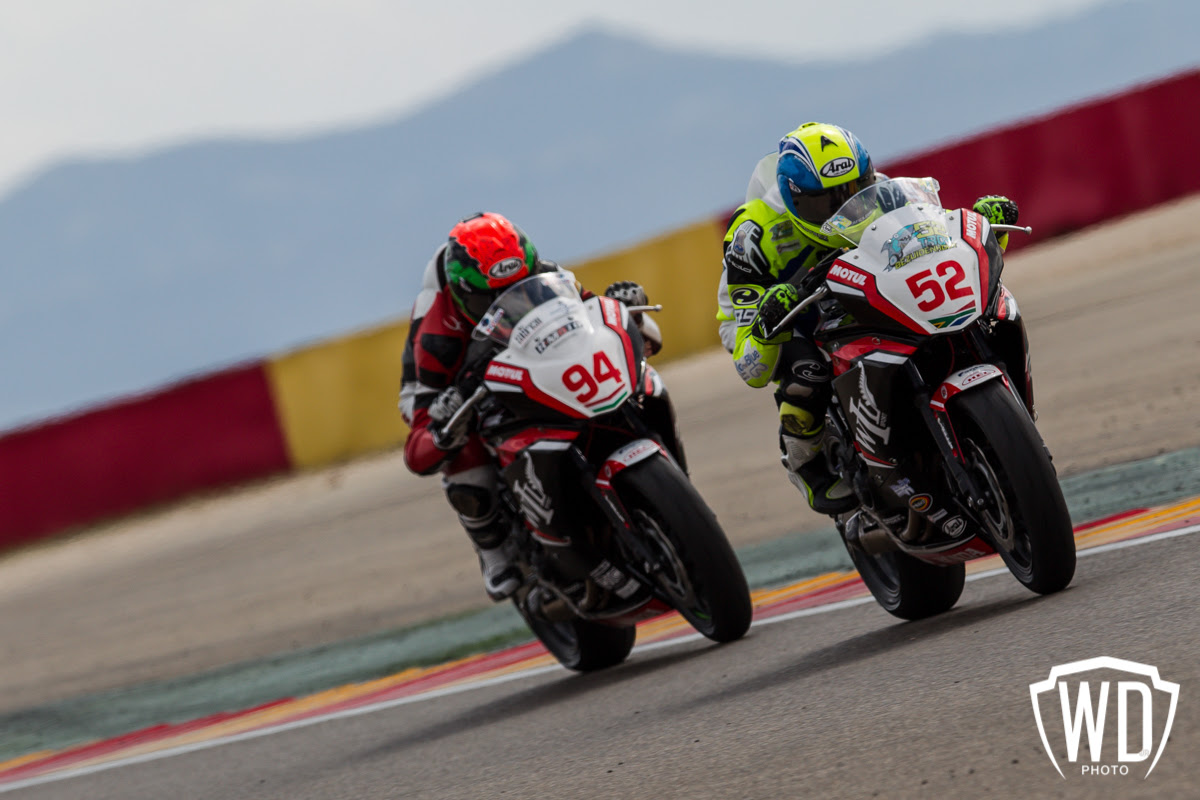 Troy Bezuidenhout – Into The Blue Diving Honda: “After a good winter with lots of testing on motards and some riding on my bike from last year I wasn’t sure how competitive I would be in the first race but right from the first practice I was able to run in the leading group so I must say I am more than happy with the result. My dad and I are working better than ever and after we had a problem with the tyre on the left side getting chewed up dad came up with a solution that worked and allowed me to get the best result in Europe. I qualified tenth which was the target and made a pretty good start which saw me soon in the top 6. The start definitely helped me as the tyre which was already finished in qualifying started to go off even more from lap 3 so luckily because of my start I was able to still fight hard for 7th. I had to ride very defensive and so every time I was passed I had to respond immediately. I just lost out on 7th but in reality if we didn’t have the tyre issue I think we could have fought for at least 6th. Thanks to Into The Blue Diving Costa Del Sol, Arai, Held, 6T9, Sander Lam for the amazing paint job on my helmet, Michael, Gary Walton for the advice after qualifying, Gareth at Vroom Media for my great new website and of course my mom, dad and my sister Bianca who drove 8 hours to surprise me by being there for the race. Bring on Assen!” 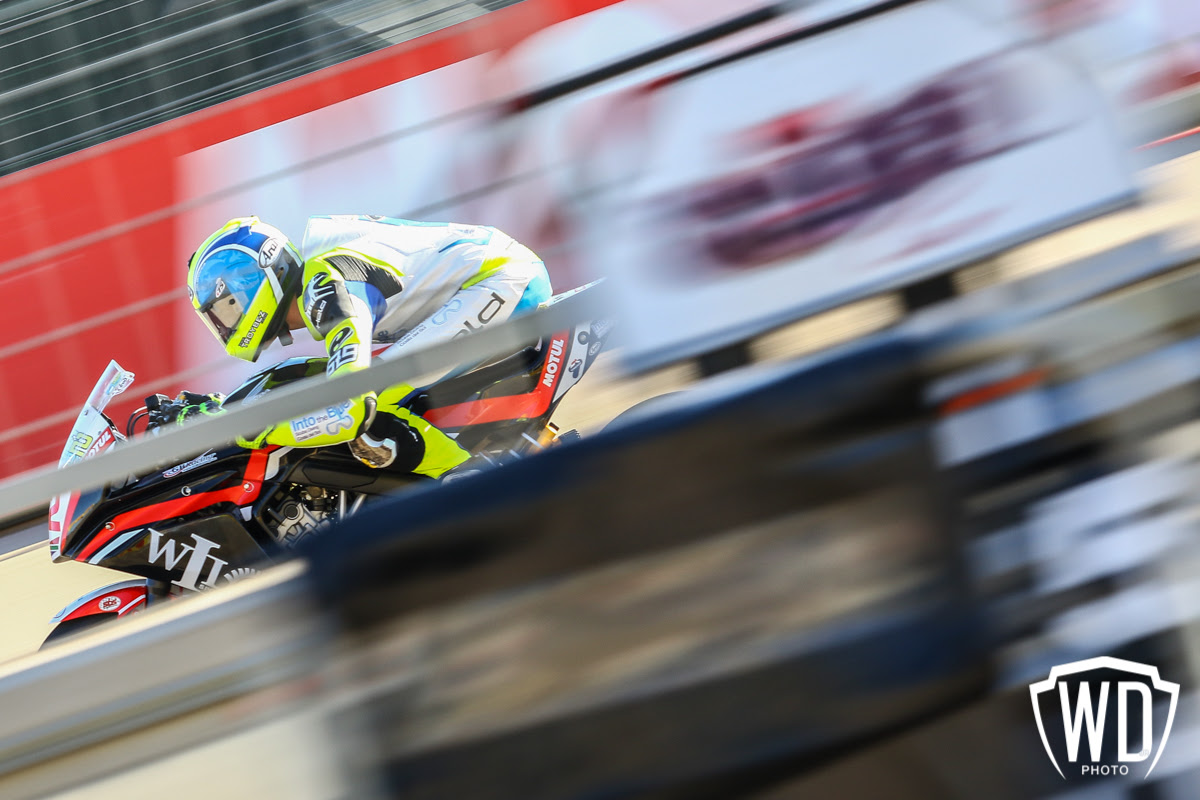 Round 2 of the championship takes place at Assen, the Cathedral of Speed where Troy scored his first ever European Junior Cup championship points last year!