Home/Uncategorized/Troy Looking Ahead After Donington Crash
­

Troy Looking Ahead After Donington Crash

It should have been another front running performance for 15 year old South African racer Troy Bezuidenhout in Sunday’s European Junior Cup race at Donington Park but the luckless teen was taken out in the early stages by a fellow competitor.

Starting from 10th on the grid after electing to save his tyre for the race, the now Spanish resident was optimistic of another solid race after battling at the front in the opening two encounters at Motorland Aragon (Spain) and Assen (The Netherlands).

The race began at 1030am UK time which meant a huge crowd for the EJC race and Bezuidenhout was ready to race. Starting strong he was soon up to 8th and gearing up for a sequence of passes when he and another riders tangled, the pair crashing out at one of the fast right hand turns.

After a few heated words in the gravel Troy returned to the pits where it was revealed he had suffered a small fracture to his wrist. Despite the setback #52 is already preparing for his on track return in round four which will be held in Misano, Italy in three weeks time. 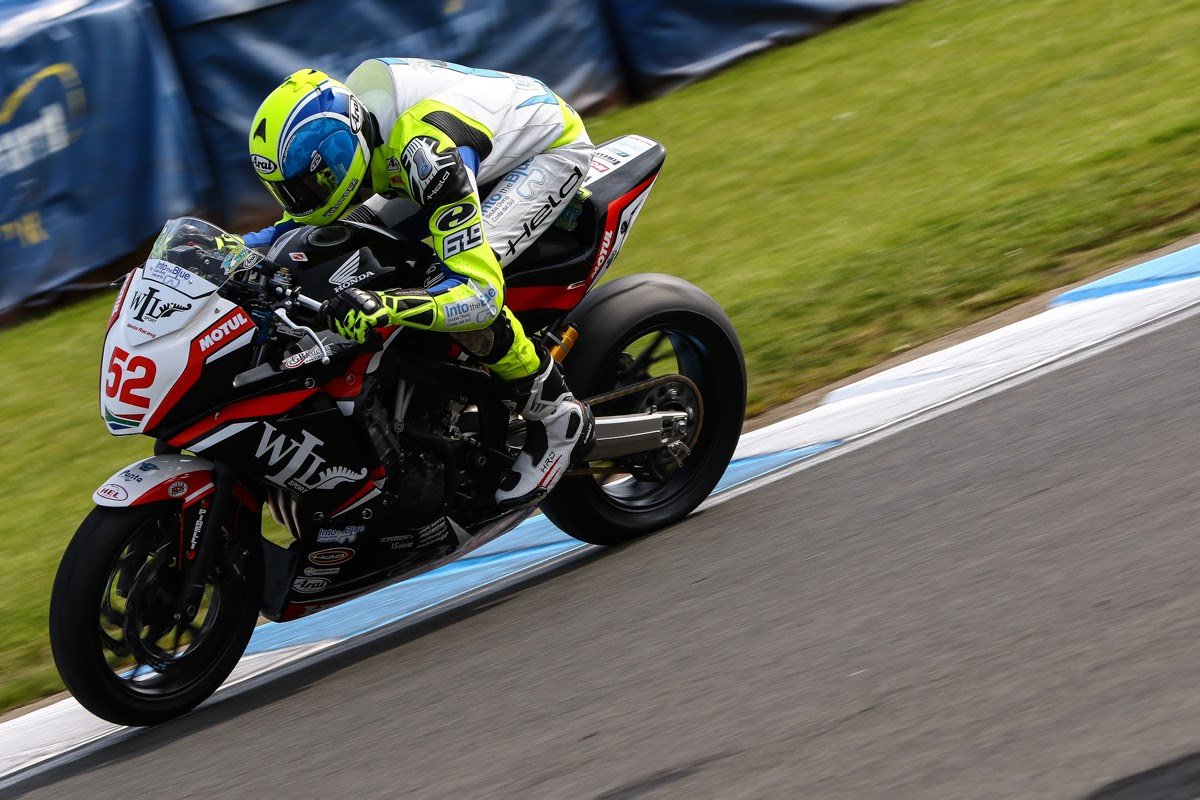 Troy Bezuidenhout – DNF: “This weekend has been really tough. We had setup problems which my dad fixed for Saturday’s qualifying. We improved in the qualifying session and ended 10th but we had made a lot of progress and I was looking forward to race, especially as we decided to stop before the end of the session and save the tyre. I made a great start in the race and got up to 8th almost immediately before I was taken out at the chicane. It’s frustrating as we have been fast and in the front group in all of the races and to be out so early in the race is not what I deserved. Massive thank you to my dad who worked for hours fixing the bike after Friday and to my mom who is always right there when I need her. Thanks to Michael Hill who always give me moral support, Arai and Held who kept me safe as I went sliding through the gravel. Thanks also to 6T9 and to Into The Blue Diving who continue to support me. Donington is already behind me, I will be back stronger in Misano.” 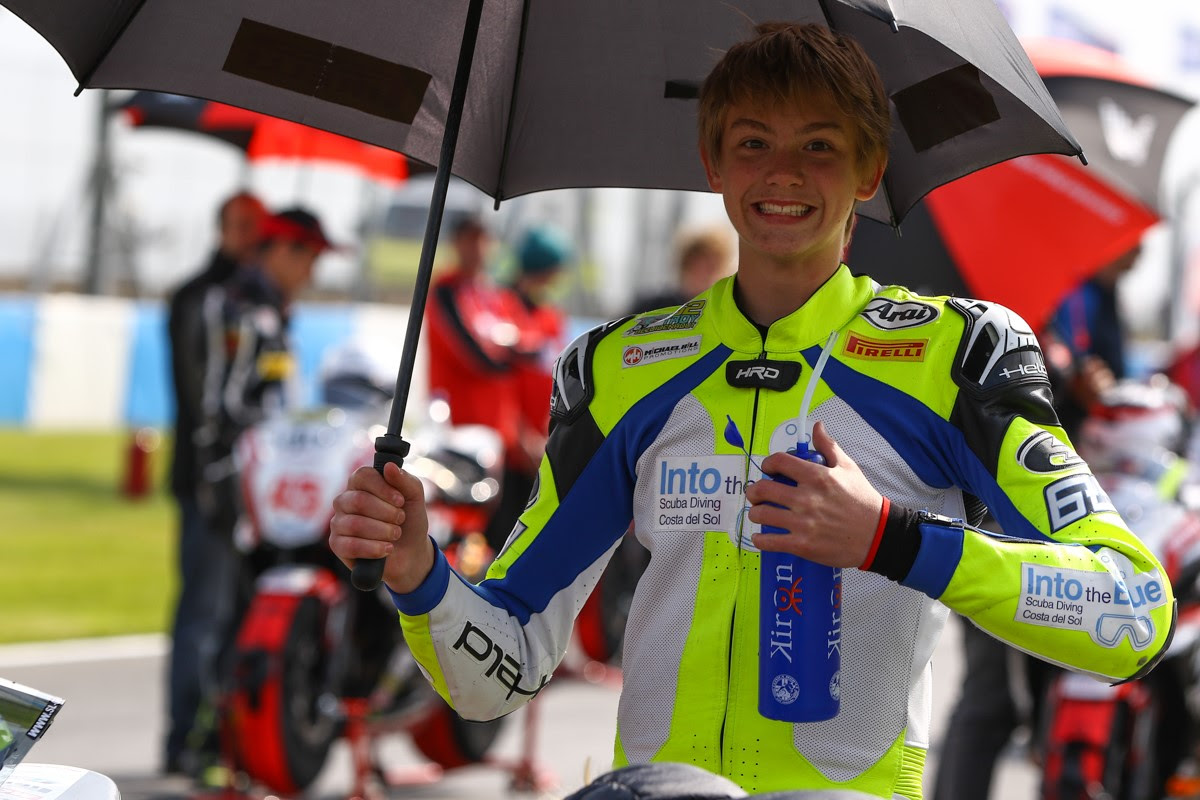