JG Speedfit Kawasaki’s James Hillier was in sparkling form at the International North West 200 on Thursday evening. He claimed a brilliant third in the Supersport race following a close-fought battle with Ian Hutchinson for second place, and sixth in the Superstock. 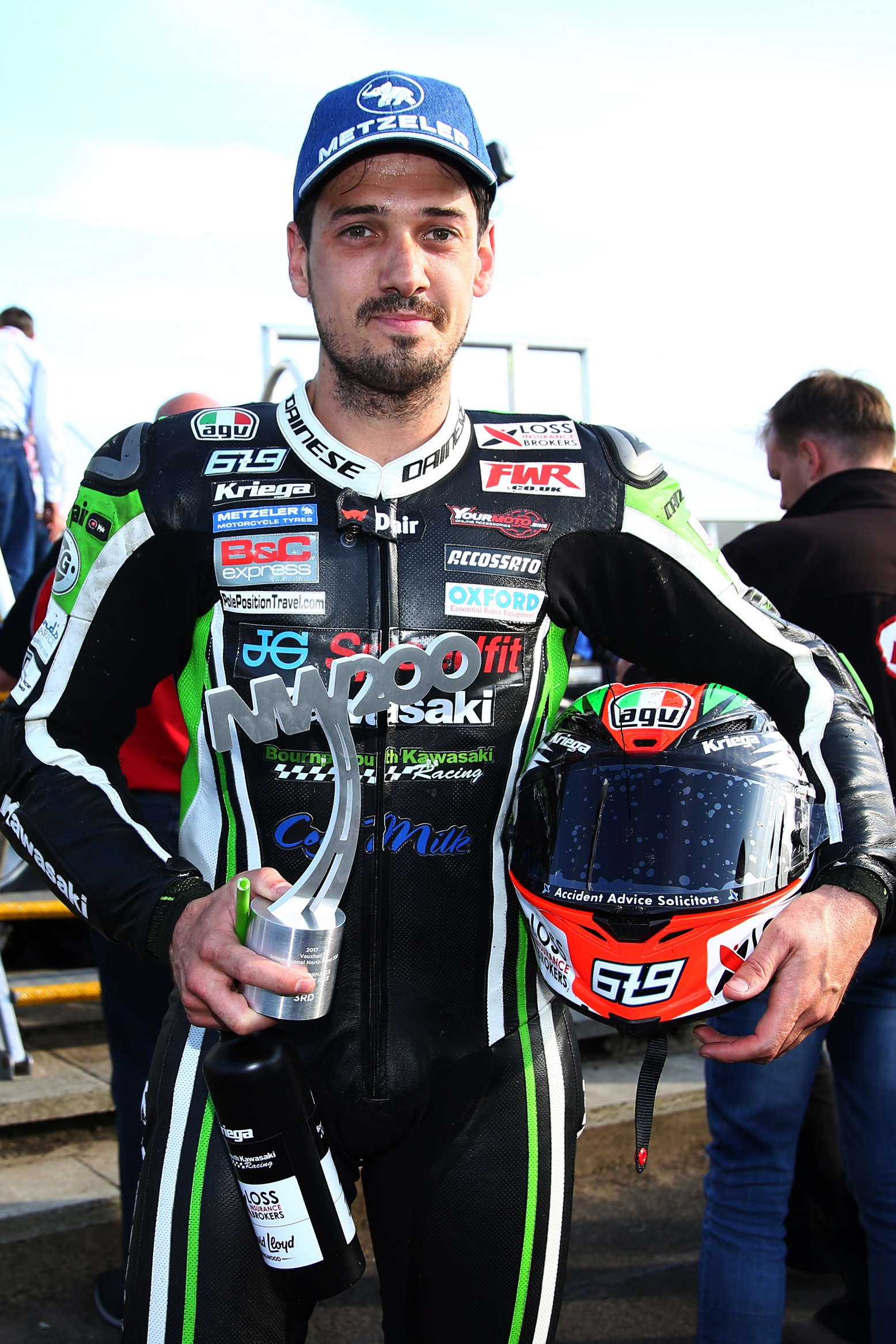 With glorious conditions all day on the Causeway Coast, the 32-year-old qualified on the Kawasaki ZX-6R in sixth place for the six-lap Supersport race. Although he slipped back to eighth at the end of the opening lap, he soon began to make good progress around the 8.9-mile circuit.

At the half-way point only 1.7s separated the leading seven riders and by that point James had moved up to sixth, sandwiched by the two Dunlop brothers, Michael and William. However, in the second half of the race James really came into his own and a lap later he’d jumped up to second place, having overhauled Michael Dunlop, Lee Johnston and Ian Hutchinson.

At the head of the field, Martin Jessopp had opened up a 1.7s lead but the battle for second raged on and although it was Hutchinson that ultimately prevailed, James and the JG Speedfit Kawasaki team were still pleased with third place, the Hampshire rider claiming his fourth NW200 podium.

There was little respite for James as the six-lap Superstock race immediately followed. James started the race in eighth place but quickly moved up the pack, and when Michael Rutter retired on lap three, he was promoted up the order to sixth. With a best lap of 119.313 mph, James was suffering with an issue with the rear shock from lap one and couldn’t push with the front runners. He had to settle with a race-long dice with Derek Sheils but he came out on top and duly claimed his second top six finish of the day.

As well as the Supersport and Superstock classes, James was also out on the Kawasaki ZX-10R superbike and with a lap of 119.243 mph, he’ll line up in ninth place on the grid for Saturday’s two races.

James said: “It was hard work out there because of the warm weather and the first three laps of the Supersport race were pretty manic! I sat back in the early stages and allowed things to settle down, working out where I could attack and move up the leaderboard. I worked hard to stay with the pack and used my head as I wanted to be there at the end and it all worked out perfectly. The weather was good, track conditions were good and the bike was strong so it was a really enjoyable race.” 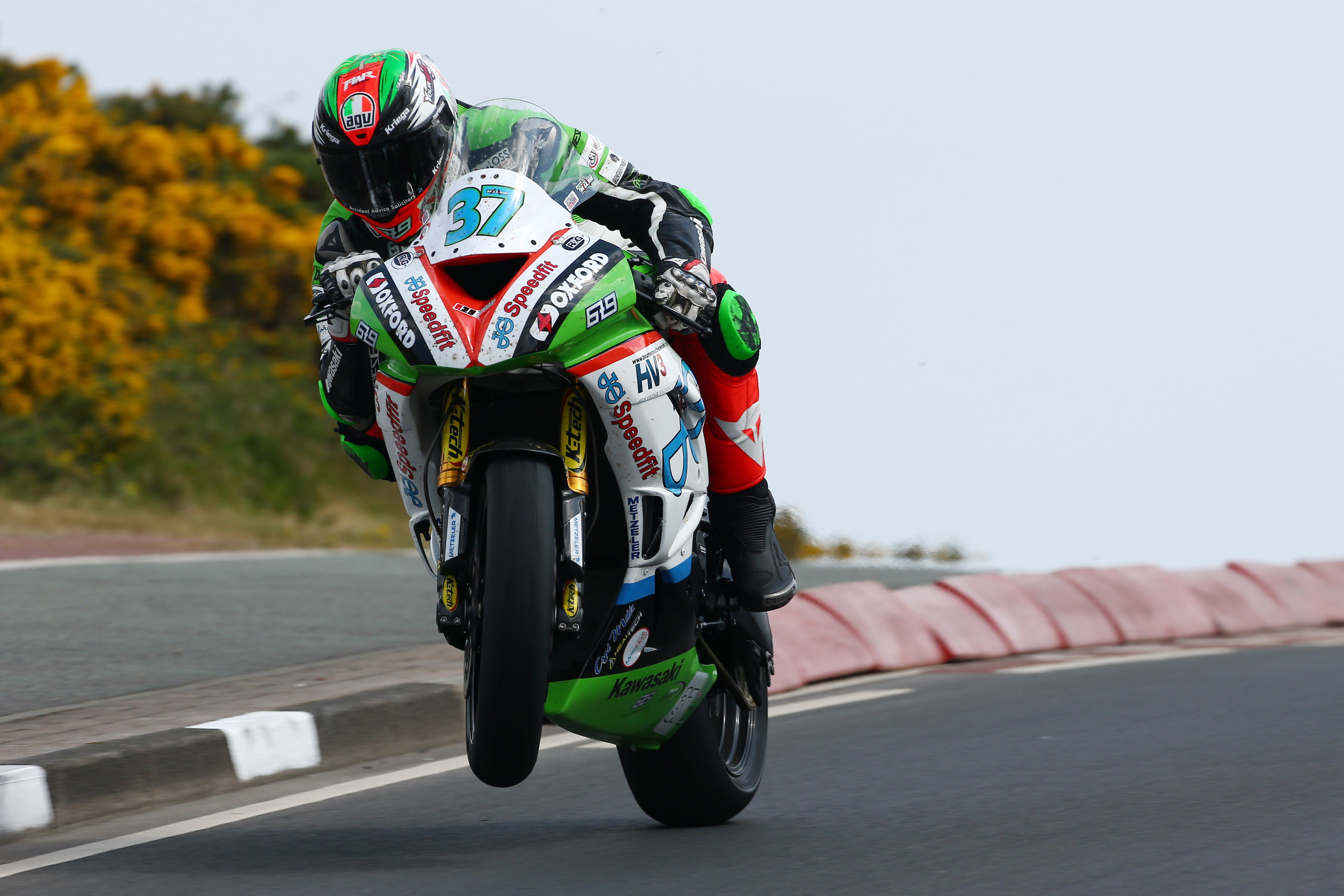 “I made a bit of a naff start in the Superstock race though and didn’t really get going so it turned out to be fairly uneventful! The suspension set-up wasn’t quite how I wanted either but I got a solid enough finish and with a few tweaks, I’m hopeful of being further forward on Saturday. The superbike is working really well and there’s more to come so I’m looking forward to another strong day on Saturday.”

Saturday’s schedule is due to get under way at 10.15am with James in action in four races.

To keep up to date with the latest news from JG Speedfit Kawasaki you can follow the team on Facebook@JGSpeedfitBournemouthKawasaki on Twitter @JGSpeedfitKawa or visit the website www.jgspeedfitkawasaki.co.uk