Mallory Park Puts a Spanner in the Works for Title Challenge

It was a challenging weekend for JG Speedfit Kawasaki at Mallory Park for the fifth round of the Hyundai Heavy Industries British Sidecar Championship with both teams struggling to hit their stride.

Following Ricky Stevens and Ryan Charlwood’s success at Snetterton, where they came second in both races, the current British champions were hoping to get their first win of the season. However, an issue with the bike not gripping hampered their efforts causing them to spin in race two and lose valuable ground which their rivals were able to capitalise on. 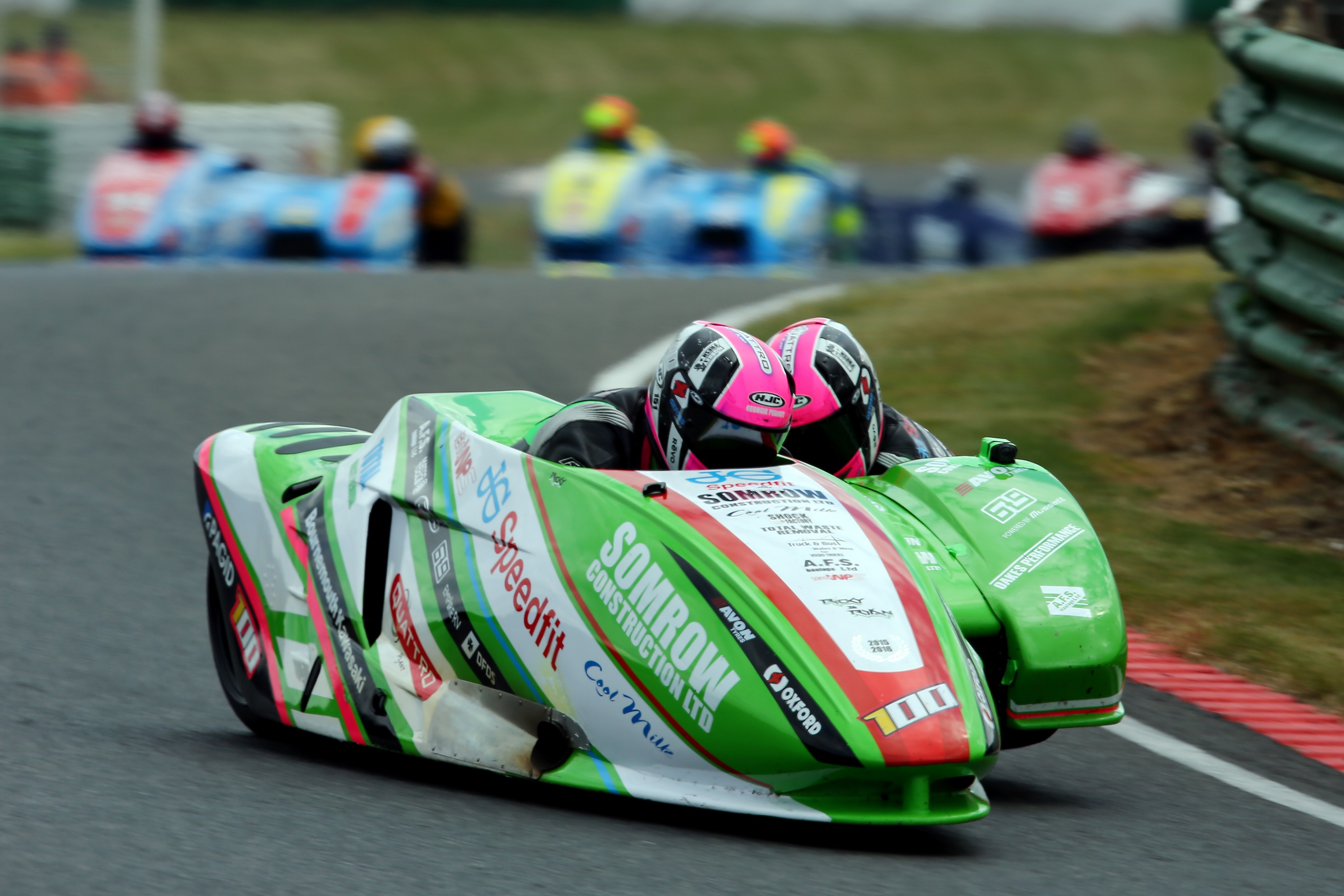 Stevens was also still suffering from a foot injury, sustained in the run up to Snetterton, so the team moved the gear levers to the handlebars meaning he had to change gears with his hand as opposed to his foot as normal.

Going into this round they had also changed the engine, which was ready for a refresh, and some suspension settings which unfortunately did not pay off this time around.

The problems became apparent early on in qualifying and continued over the course of the weekend. In race one, Stevens and Charlwood started on the grid in seventh but thanks to Kershaw and Walker retiring early, they managed to bag third place behind Reeves and Reeves in first and Holland and Ramsay in second.

In race two, the reverse grid meant they started from row four and managed to get up to p5 in the class but then sadly spun the outfit at the hairpin on lap 14 of 20 ending up at a 90-degree angle to the corner which is raised a few feet and on a steep camber. This put them back to 15th and with not much time to recover they finished the race in ninth in their class with Reeves and Reeves taking the top spot once again.

Meanwhile all-female sidecar team Maria Costello and Kirsty Hauxwell, fresh from their appearance at the Goodwood Festival of Speed, made their Mallory Park debut. 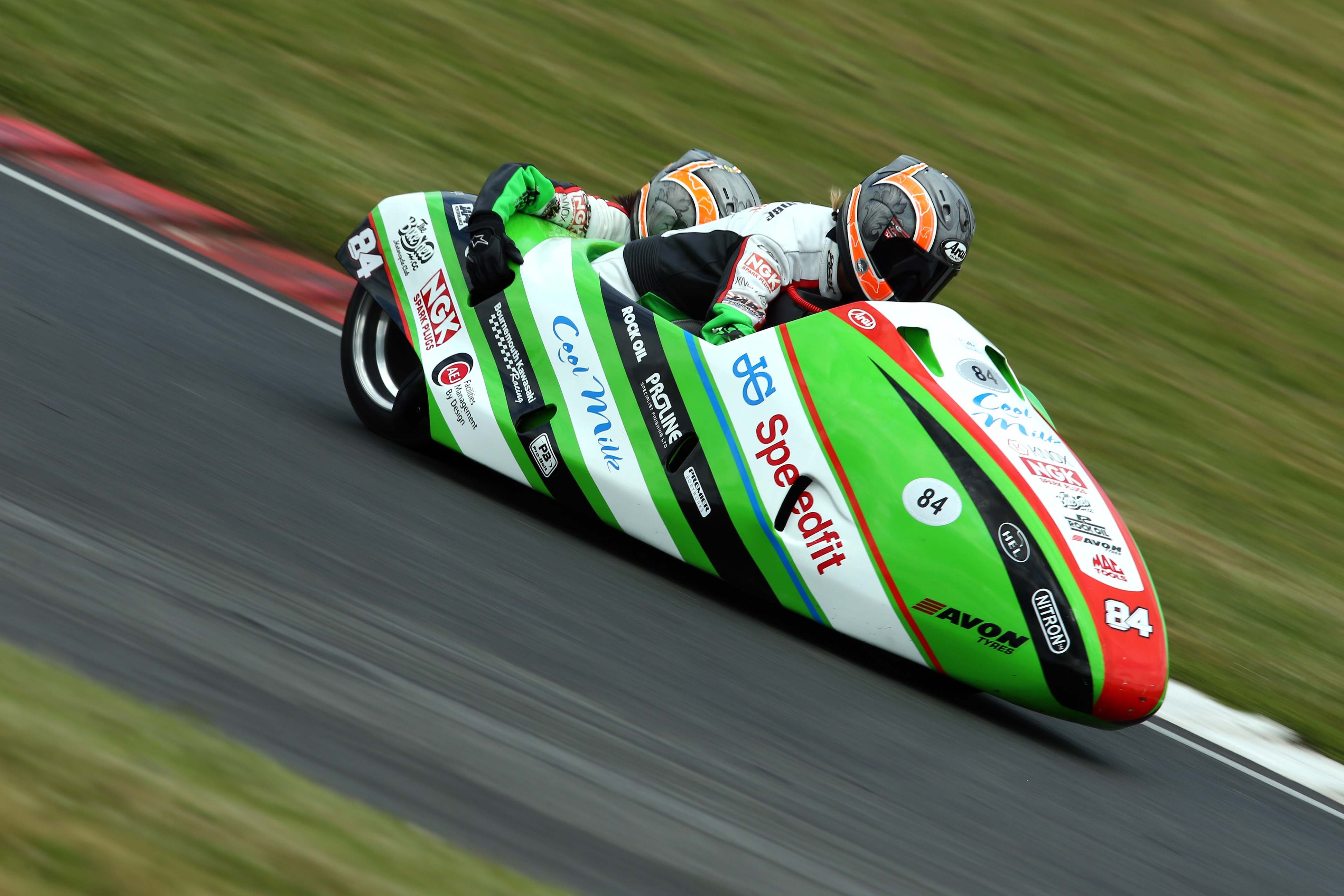 With it being their first time racing together on what is a short but technically challenging circuit, the pair struggled to get up to speed failing to meet the required qualifying time on Saturday. However, Ryan Crowe experienced mechanical difficulties in the warm-up which put him out of the race and Costello and Hauxwell took his space.

Only 24 bikes are allowed on the grid so the pair had to start from the pit lane and weren’t allowed to set off until all the grid was in turn one. They finished 9th in the 600cc class.

Charlwood said: “Despite lacking rear grip everywhere, we managed to come third in the first race and we were having a good battle with people in the second race but I think we were trying too hard to make progress which resulted in the bike spinning at the hairpin. Having said all that, we’re still second in the championship standings so it’s not all bad.”

Stevens added: “We have found out some information with the bike and think we’ve diagnosed what the problem is. We feel like we’re saying the same thing after every round but we think we might have found something big that we can change ready for Brands. Hopefully the next round will be better and we can prove that it is the bike at fault and not us!”

Costello said: “Goodwood Festival of Speed was absolutely amazing. It’s an incredible weekend and we had a great time showcasing our sidecar up the hill at such a prestigious event.

“That experience got me all fired up for racing a sidecar here at Mallory Park for the first time. Kirsty was also looking forward to being on the LCR for the first time, although she has been a passenger for her dad around Mallory on his Ireson F2 outfit.

“It’s been another challenge learning another new track together. This track is so short but super technical and experience for sure plays a huge part in going fast here so we were happy to make improvements. Getting out in race one was great and we’re happy to get more miles and another race finish under our belts and looking forward to Brands Hatch from here!”