The JG Speedfit Kawasaki team will be at Mallory Park at the weekend for fifth round of the Hyundai Heavy Industries British Sidecar Championship.

Following Ricky and Ryan’s success at Snetterton, where they came second in both races, the current British champions will be looking to get their first win of the season. They are currently second in the championship standings behind brothers Tim and Tristan Reeves.

Their attendance at Snetterton for round four had been brought into question when Ricky injured his foot while working, just days before heading to the Norfolk circuit.

Ricky said: “I hurt my foot so we had to move the gear levers to my handlebars which was a bit tricky because I’m not used to changing gears with my hand.

“It felt like everything was stacked up against us going into round four so I’m relatively happy we walked away with two seconds and almost matched our quickest lap time.

“We’re now looking forward to Mallory Park and we have a few things that we’re changing including the engine, which is ready for a refresh, and some suspension settings so we should be raring to go.”

Ryan added: “The first race went well; we did some good lap time, edging close to our lap record. It was a big gamble to change our suspension mid-season but it paid off.

“We had a rubbish start in the second race, having to battle through the grid, but we made some good overtaking moves which allowed us to finish second place again. Roll on Mallory Park now!”

All-female sidecar team Maria Costello and Kirsty Hauxwell will also be heading to Mallory Park fresh from their appearance at the Goodwood Festival of Speed which attracted over 150,000 visitors. 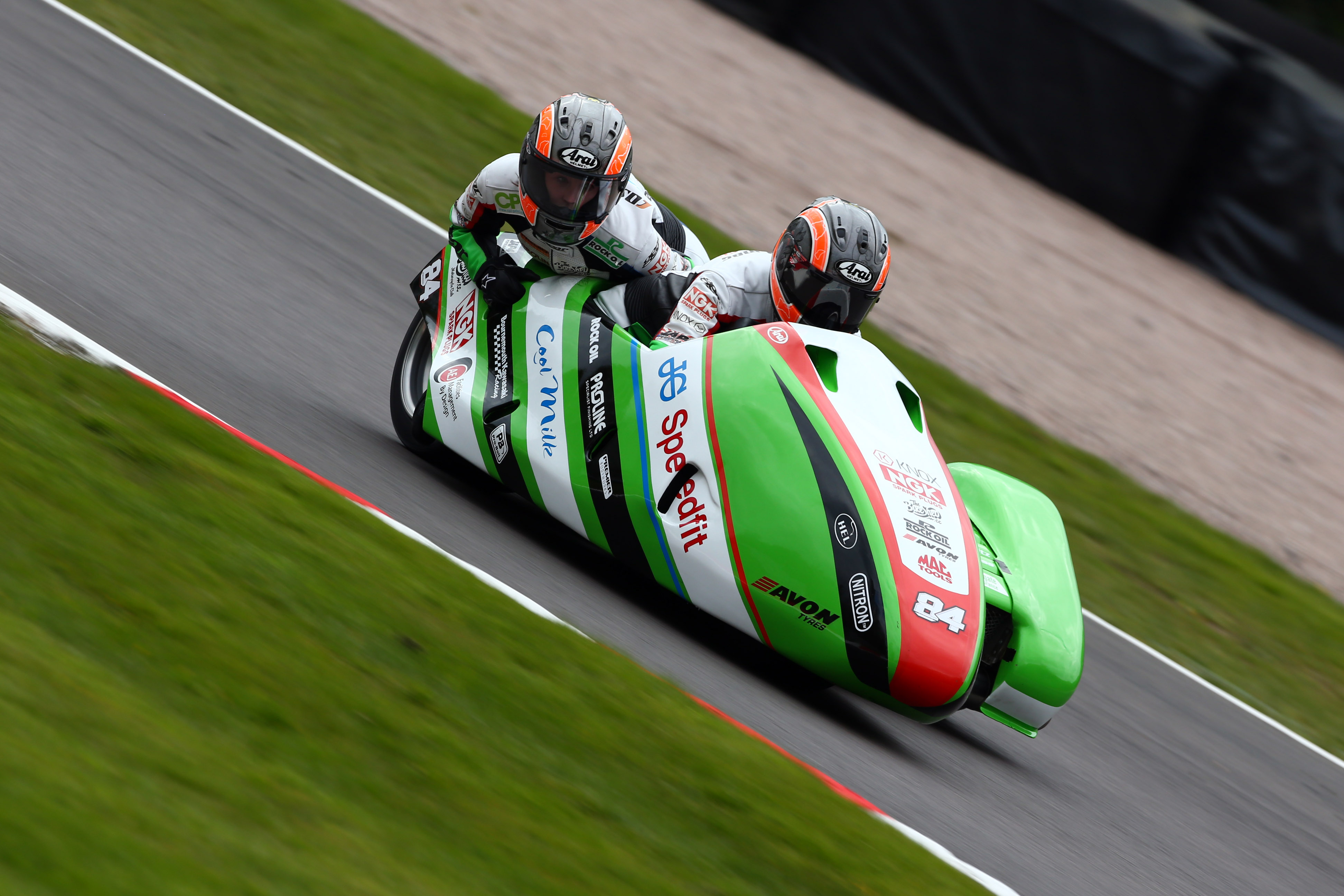 Maria said: “It’s always an honour to be invited to parade up the hill on Lord March’s country estate. It was also a great opportunity for us to showcase our sidecar outfit, but also sidecar motorsport in general, to a massive audience.”

Maria and Kirsty made their sidecar debut for JG Speedfit at Oulton Park back in April and competed in their first race at Knockhill where they finished 7th in their class and 20th overall. In race two they went on to finish 9th in class (22nd overall) and 8th in class (23rd place overall) in the second and third races.

Maria said: “It’s a new challenge and it’s a big one. We’ve jumped in at the deep end, taking on the best sidecar racers in the country, and we want to thank our sponsors for making this possible. Knockhill was our first bit of proper racing action in the championship and I’m proud that we finished all three races.

“Kirsty is a brilliant passenger; she makes my job so much easier. We are building a great relationship on the bike with every lap we complete and we’re looking forward to racing again at Mallory Park.”

On Saturday 8th July, Ricky and Ryan and Maria and Kirsty along with other teams will be offering charity passenger experiences, or as they are known in the paddock “taxi rides”.

For £20, visitors can experience two laps of the Mallory circuit in the hands of a regular championship runner for an unforgettable experience.

All monies raised will go to the fund for the victims of the Grenfell Tower fire in London.