It was another solid weekend for Team Green at round two of the Michelin MX Nationals at a brutal Lyng circuit, with Lewis Hall dominating the weekend in the MXY2 class and Bobby Bruce finishing fifth in the 85cc Open class, even with some misfortune. Unfortunately Dylan Woodcock was out of action in the Pro MX2 class after breaking his foot a few weeks ago, and joined Kacey Hird on the sidelines. Kacey has his ACL knee reconstruction at the end of the month.

Jeff Perrett – Team Manager.
“It was a real pleasure to watch Lewis and Bobby this weekend. They’re going away from here leaving nothing on the track. Lewis was so good in so many ways. Yeah, he made a couple of mistakes and fell out of the lead in a couple of races, but it’s the way that he reacted to that which impressed me the most, more than the four hole shots and four race wins. He showed real professionalism and showed me that he has learned from his mistakes at Lyng in the Maxxis MXY2 race here where he chased it too hard and it cost him. This weekend he made those little mistakes from switching off out in front, which we’ll work on eliminating, but after those mistakes he regrouped and didn’t panic. It was another big step forward in his mental development as a racer.

Lewis Hall – #19 – KX250F
“It was awesome weekend, much better than when I was here last! Four holeshots and four race wins, so I’m really happy with that. I made a couple of little mistakes but I’ve already learned from them. Like the first one I made when I was too impatient to pass a back marker, but that’s all part of learning I guess. My bike was on point all weekend and I’d like to thank my team and Mark from RSS suspension for that and my mechanic Shawn for nailing the set up and giving me good advice all weekend. The track was rough, and that’s how I like it! It was an awesome weekend to build on. Now I’ve just got to keep working hard and get ready for the next Maxxis MXY2 at Desertmartin because I want to win there and claw back the points I lost here last time.” 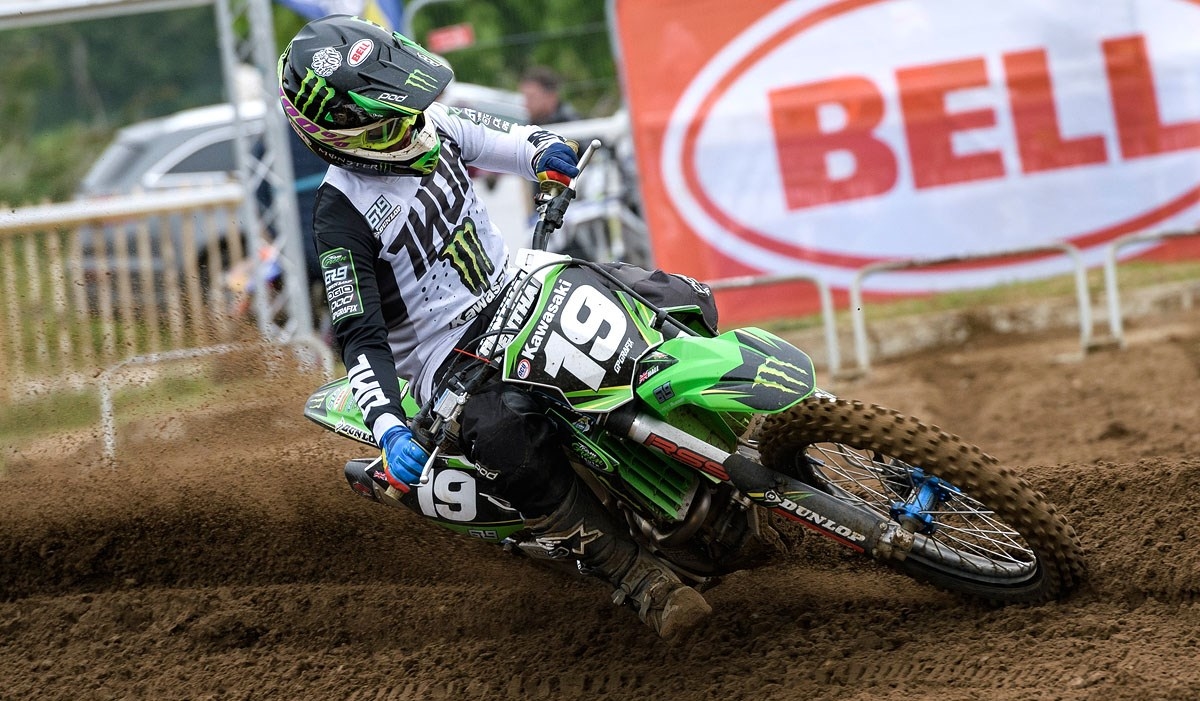 Bobby Bruce – #579 – KX85
“It was cool to set the fastest lap in qualifying, so I was feeling confident. I was so gutted with the DNF, but it’s part of racing. It happens to everyone sometimes I guess. I had a chance to win the last race after another good start but I made a mistake and crashed on the first lap that cost me. I’m happy with my riding though and I feel good about wins coming my way soon. The team and everyone around me is working so hard and that makes me feel good and want to train harder. It really feels like we’re only starting our season now. I’m getting into it more now after doing the Arenacross all winter. I think I’m going to be strong for the rest of the season. We plan to do a lot of training in the summer and all get out riding together and that helps too. I’ve got Desertmartin next, so I’m looking forward to that.” 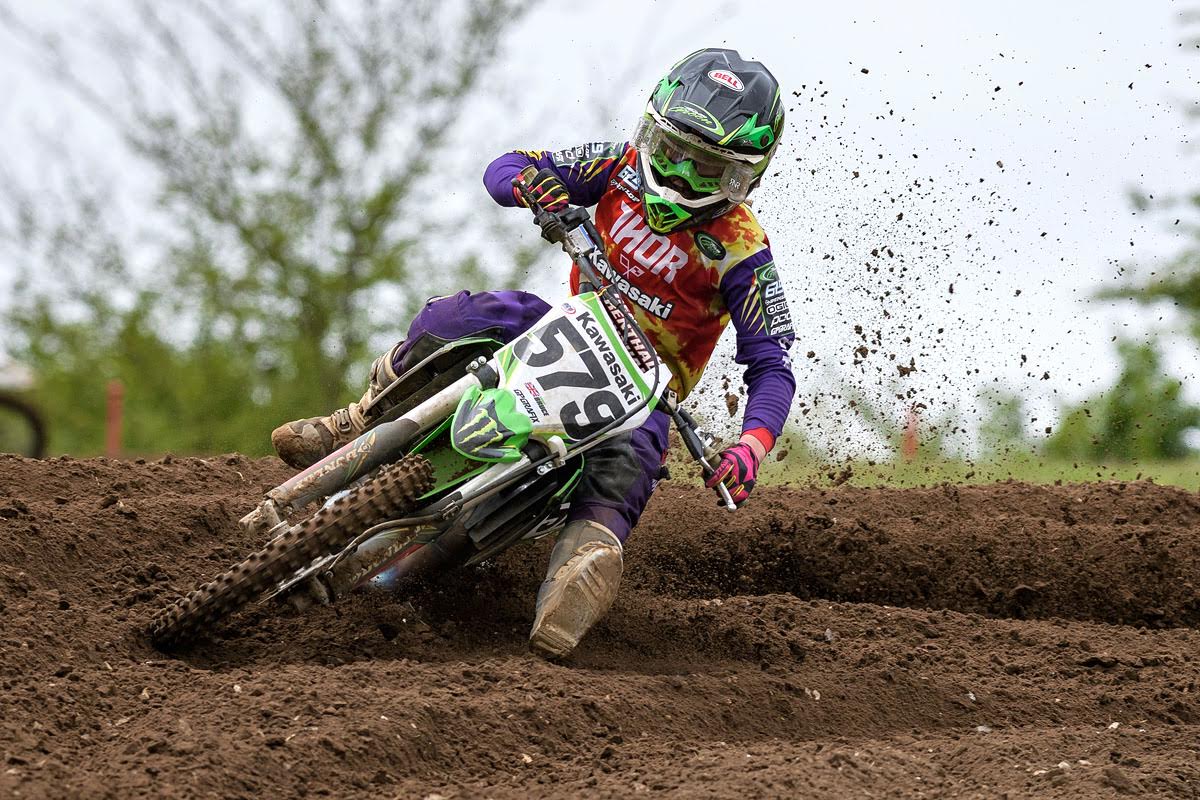